We’re changing how you shop

Tamara is MENA’s leading payments innovator, focused on providing a seamless experience for merchants and customers through fair and transparent financial solutions.

The company’s flagship Buy Now Pay Later platform lets shoppers split their payments online and in-store with no fees and no interest. Thousands of leading retailers across the region including SHEIN, Namshi, Swarovski and Faces use Tamara to provide flexible financial options for their customers.

Tamara was founded in Riyadh, Saudi Arabia in late 2020, by serial entrepreneur Abdulmajeed Alsukhan, Turki Bin Zarah and Abdulmohsen Al Babtain. It has since grown to more than 180 employees in offices around the world including the UAE, Germany and Vietnam, and the company’s $110 million Series A round in 2021 - led by Checkout.com - broke records as the largest-ever in the Middle East.

Shortly after launching, the company became the first in its category to acquire a sandbox license from the Saudi Central Bank (SAMA), which enables the rollout and growth of new financial technologies in the Kingdom. Since then, Tamara has expanded to offer services to customers in the UAE and Kuwait, with future plans to further expand across the region.

Tamara’s culture emphasizes alignment, taking action and striving for the best, with team members empowered to take decisions and innovate by looking for the questions, not just the answers.

The company’s financial solutions are developed in strict adherence with the Islamic Sharia rules and regulations, and are fully compliant with the AAOIFI Sharia Standards. 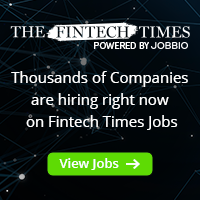